Mary: -What a surprise: you speak our language. What planet do you come from?

Thoth: -We come from planet Worth.

Jacob: -What a huge spaceship! How many passengers does it take?

Thoth: -There are four seats for the crew and space for half a million corpses.

Thoth: -We are here to get new provisions.

Jacob: -What kind of provisions? 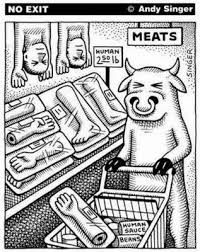 Mary: -Do you eat Earth dwellers?

Thoth: -We love them. My favourite dish is Earth dwellers with a sweet and sour sauce.

Mary: -How do you plan to get those corpses?

Thoth: -By inviting people to visit our spaceship. Would you like to see its interior and marvel with our advanced technology?

Jacob: -No, thank you. Are those symbols on your spaceship a kind of script?

Thoth: -Yes, it is the name of our spaceship. It says, Final Judgement. It was Zeus’ idea.

Thoth: -He is the oldest on our planet.

Mary: -The gods rule your planet?

Thoth: -All planet Worth dwellers are gods.

Mary: -And you eat Earth dwellers?

Mary: -But you shouldn’t. We Earth dwellers don’t like to be eaten!

Mary: -That is terrible.

Toth: -Why? You eat other creatures, don’t you?

Mary: -Yes, but they are different.

Toth: -No they aren’t. Are you religious?

Jacob: -Mary is religious. I’m not. Oh, wait a second! Why did you ask? Is it because you don’t eat Earth dwellers who are religious?

Toth: -We don’t differentiate between believers and non-believers. Tell me Jacob, since you don’t believe in religion, you believe in science, don’t you?

Jacob: -Yes, but science is not something you believe in. It is about natural laws that have been proved to be right.

Toth: -No, it is not. It is about natural laws that you believe that have been proved to be right. For us, what matters is wisdom and that is processing information right. Have you heard about Charles Darwin?

Jacob: -Of course I have.

Toth: -He demonstrated that all creatures on planet Earth have a common ancestor. So why do you eat other creatures?

Jacob: -Because that was a long time ago. 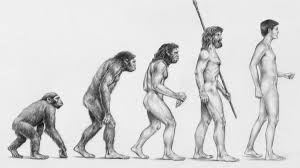 Toth: -We and you have a common ancestor, but that was also a long time ago.

Toth: -When your ancestors changed their diet, we expelled them from Worth. Mary, do you have children?

Mary: -I have two: Sophie is thirteen and Jesus is less than a year.

Toth: -That is great. I love spit-roast baby. Crispy on the outside, tender flesh inside, absolutely delicious. Since it is a lot of work to get that crispy crust, we eat it only on Doomsday.

Toth: -We celebrate Doomsday every 5779 planet Earth years. According to our calendar, that will be three days after we get back from this humanitarian mission. Families then get together to eat spit-roast baby. It is a tradition.

Mary: -It is a terrible tradition.

Jacob: -Why don’t you eat cows, pigs and chickens like we do. We have a lot of them. We can sell some to you if you want. Then you don’t have to eat us.

Jacob: -Have you been talking to a vegetarian?

Toth: -We all eat Earth dwellers, but only those who eat other Earth creatures. We are fair: we treat a creature the way it treats other creatures!

Mary: -Sophie is a vegetarian. 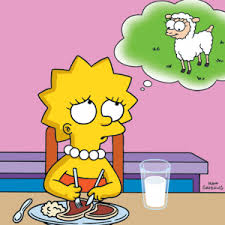 Jacob: -I hope you don’t eat Earth dwellers who are religious? My wife is a Christian and I was raised a Christian.

Toth: -Jacob, what matters is not what you were in the past, but what you are today.

Jacob: -Will you spare Mary for being a Christian?

Mary: -But I am. I go to church every Sunday.

Toth: -Jesus, the founder of Christianity, said he had not come to change the law, and one of the ten commandments says “Do not kill.”

Mary: -But that means not to kill other people.

Jacob: -Nobody told us killing other creatures is forbidden. The priests did not explain that to us.

Toth: -Do not blame the priests. You have a brain, don’t you? And you can read, can’t you?

Mary: -But we assumed that commandment meant “Do not kill other people.”

Toth: -Look, we are going to sacrifice you NOT because you eat other Earth creatures, but because you have NOT figured out that Do not kill! refers to all creatures. For us, creatures without a soul – creatures who have no empathy – are just meat.

Mary: We are not just meat. We do have a soul.

Toth: -I’m afraid that the other creatures on Earth disagree with you.

Mary: -Please, don’t eat us. We can learn. Teach us empathy. Give us a chance. 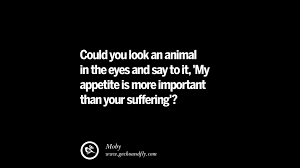 Toth: -We inspired several fairy tales that teach people empathy. Some people got their message, others didn’t.

Toth: -A lot of you earth dwellers only think of having fun. Some of you even have fun torturing other creatures.

Toth: -But you eat other creatures. People who don’t understand what Hansel and Gretel tries to transmit have no soul.

Mary: -I was terrified when that evil witch put Hansel in a cage to fatten him because she planned to eat him later. I was so happy that Gretchen liberated him.

Toth: -Why didn’t this fairy tale make you empathize with the caged animals that earth dwellers fatten up because they plan to eat them later?

Mary: -Nobody told me to do that. 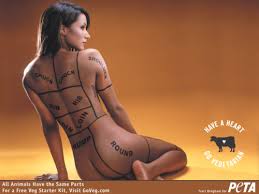 Toth: -People who continuously have to be told what is good and what is evil, because they can’t figure that out for themselves, are too much of a burden for the universe.

Mary: -Please save Jesus. He is only 8 months old. He’s innocent

Toth: -No he’s not. All people on Earth have been here several times before. You have all had many chances to improve your behaviour.

Mary: -I don’t believe in reincarnation.

Toth: -People who fall hurt themselves. It doesn’t matter whether they believe in the law of gravity or not.

Mary: -Reincarnation is not in the Bible and the Bible is the word of God.

Toth: -Mary, you understand as little of the Bible as you understand of Hansel and Gretel. How do you explain that God told Adam and Eve that they would die if they ate the forbidden fruit, and later they ate it, but they did not die? How do you explain that the snake, which you associate with the devil, seems to have told the truth by telling Eve that they would not die?

Toth: -If Adam and Eve remembered their past lives, but forgot about them after eating the forbidden fruit, they died spiritually but not physically. As they were no longer aware that life continues after death – that they reincarnate – they began to fear the end of their present lives.

Mary: -Look at those bright stars in the East! They are coming closer.

Toth: -They are not stars, but the other spaceships of our humanitarian mission.

Mary: -I wasn’t referring to you, dammit.